On Our Era’s Economic Crisis

I have the feeling that many people would like to learn something more specific about today’s age, when the main preoccupation is the economic crisis. I shall point out what organizational means were employed due to which the economies of nations reached the present crisis point.

In the course of my life, I chanced through certain particular coincidences, at times to meet with specialized persons in the world of politics of diverse countries. This gave me the opportunity to have insight into the unseen side of the things they said. What transpired most significantly from these meetings as the real truth of their motivation was that political leaders consistently concealed the truth about the state of their nation’s economy whilst transmuting this truth into subjective statements of their own on the matter. After WW II, economies developed along the lines of a particular politico-financial organization. Subsequently, everything that took place was in such a way as to give this organization the great opportunity to develop an activity and an outcome that was based on a communal plan of control. These resulted in what we witness nowadays.

Shortly before the 1992 elections in the USA I was invited to meetings with certain highly placed figures of America’s political establishment of the immediate future. Cadres of American political life thus met me in order to ask me my opinion on the economy. I noticed then that a decline had already set in, in the famed American economic prosperity. Furthermore, in another meeting with a Greek American, classified data were confided to me, regarding the economic and administrative organization of the United States as well as about the country’s huge computers, housed in those days in the Twin Towers, by means of which they effected a world-wide control of economies. In fact, at the time a further substantial construction was being built in Washington subsequently to house all these mechanisms of control of national economies.

I also happened to meet other American politicians. In the course of these discussions I verified my perception that what is known as globalisation was an already internationally stably established and developed organization. In the 90s it had opened the paths for powerful activities and on this basis it was consequently easy to reach today’s stage of crisis.

At another point in time, here in Greece, at a meeting with one of the country’s two prominent politicians I said that based on the wrongful development of the major industries… a world economic crisis would result, indeed of enormous dimensions. Following upon a general delusion for a number of years, luxuriating in an economic prosperity, the global economic structure would subsequently collapse. The party leader asked me to provide him with a special analysis of my thoughts, which I shall however not give you now.

It is my opinion that when a situation of globalisation is organized it cannot result in absolute prosperity. If it is viewed as a world-wide single party system, such a system would promote the purposes of their intention to set up an organized state of affairs leading to controlled globalisation as a collectivity as well as enabling their intervention in the affairs of the states under control. 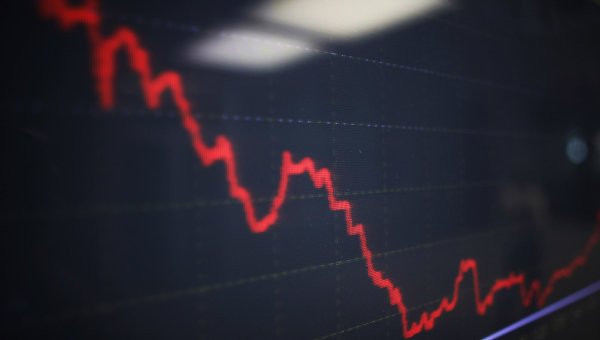 The scheme of those who conceived the idea of organized globalisation was not concerned with caring for popular sociabilisation and the prosperity of the masses. All they wanted was that they themselves should be in charge. And on the basis of their subjective wishes they proceeded to create the new formulation of operation of globalisation.

And this came about. Now, several years later, the system has reached its absolute expression. This is how we find ourselves today in this painful situation which has produced and is producing numerous victims …

You can therefore comprehend why the world is in crisis. You have further to examine its outcome …

As far as the economists and politicians of the various countries, including the smaller ones such as Greece are concerned, I do not think they were able to understand anything of what was going on. This led them to believe in mythical theories, to think they would be able to handle situations and put them on the right course. This is however very difficult in practice, the reason being that they have meanwhile shown mankind the way to a different situation: of easy profit and easy appetite for enjoyment of the material goods of the Earth. Unfortunately though our planet does not provide these benefits on offer in the long term…

That is why at this point each one of us has to seek and find any lawful way to be ‘comfortably off’ as is said by the majority, so as to be able to overcome what is to come. That is my opinion and it may be embraced by whoever wishes to do so or rejected by whoever does not.

It would however be advisable for people to try to find a way to evaluate the financial situation – and not only – other than hypothetical theories and hypothetical calculations. In regard to mathematics, let them try to find the misconceptions on the scale of mathematical operations they have instituted. From there will come the moment when the errors will be pinpointed and they will see how to come to the right results. Hypothetical additions and hypothetical subtractions do not produce truths. They give a hypothetical description that may end in a collapse. When a person falls back on hypotheses he too becomes hypothetical and not positive.

There is something else very important: citizens should not base their dreams on the exaggerated hyperboles of those who promise great things. The popular proverb says “whenever you hear of quantities of cherries carry a small basket”. Besides, politicians have taken part in governments in every era of the world, making promises upon promises for democratic justice and social solidarity but when the time came for their mistakes to be proved they always said that the fault for the adversity in which we find ourselves lies with the others and not themselves. I have to admire them for their capacity to make promises while at the same time forgetting what they have promised.

The Japanese, Science and National Psychology