It would be significant to pay particular attention to what the world over is called stress. What can this term interpret, what picture can it depict and what does it monitor in the life of a person? Stress is a product and a parasite of the unconscious, and it is important to be aware that the unconscious is not an adaptable rule with a form of operation and of personal integrity. It is the exact opposite of the conscious. The conscious is what makes a person aspire to approach and be united with the equilibrium of thoughts, of words, of the functions of his organism, the quest for usefulness and to place all else under observation. This also gives him the time needed to protect himself. The unconscious, as opposite of the conscious, is a mechanism of organic techno-functioning that creates the necessary processing attractions which can lead a human being to a magnetic pledge of his future.

I shall not proceed here to the internal mystic points of the unconscious and will instead stay with its expression on a daily basis as mentioned. Its daily manifestation as effective function besides all the other syntheses of man’s biological formation, has also created the mechanism that leads to stress. Stress, in essence, translates this unconscious movement: we wish to acquire and absorb all that surrounds us in enchanting depiction and to store it all as profitable within our visceral system. Stress appears when a person absorbs external parasitical elements – that he does not know to be parasitical – and passes them into his visceral organism; they find themselves in a pressured state and cannot have any isometric relation to the normal visceral condition that man’s bio-psychological order needs. And remember this: innate transgression is the nourishment of stress.

At this point I have to make a little observation: the people of Earth study, speak in public, bear titles, are awarded large prizes. Everywhere reference is made to the ‘educated’ people, those who have knowledge, the philosophers, the nuclear physicists and a host of others specialized in knowledge, who are considered authorities in their field. Judging however by the results, we may see that the people who have titles of resounding dignification have not in fact had so much of essence to offer humanity.

So, what is going on with the human being, that while that splendid unconscious forms in him the need to dream and to believe, in the end he is pinned down, enslaved to an invisible condition bringing him to the point of groaning like a wild beast caught in an iron cage and shot at with arrows… 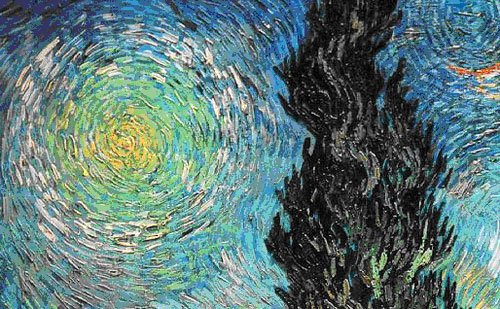 In my opinion, when someone is born in this earthly space, the first thing he needs to learn is the bio-system of the space, how it operates, and what it produces, why it functions in such a way and why people do not try to learn how they should proceed so as not to find themselves in this distorted upheaval that leads them to believe, among other things, that they have been unfairly dealt with. While living in such a bio-system, a person, I think, who bears a title of having specialized knowledge undertakes a supreme responsibility, both toward others and toward himself. Let us not forget that we are in a part of the universe where nobody knows when they will depart from here. All these specialists, consequently, defined as guiding leaders of others ought to be very well aware of the rules governing the bio-system here, at the same time respecting the diversified wishes of others, not to demand that the others should serve them, not to want in every way to impose their supposedly ‘gnoseological’ reference, prohibiting others to develop their own. This is however unfortunately the sort of behaviour we observe in the sector of education. There is always someone at the head who at every turn promote some supposedly gnoseological perception and demand of others to follow them. However, whatever those people have presented to date rarely lead to any result of essence, while their conclusions are as a rule hypothetical and comparative.

It would be particularly significant if the Earth’s specialists were to see to find out why the titled ‘gnoseologies’ do not bear fruit as a solution to mankind’s issues. They should also take care to distance a person from his differences with others, from his every sort of ideological classification – which are binding pressures – and from his uncontrolled desires. But we have so far not seen any such progressive aspiration in the societies of nations. Most, on the contrary find themselves in a situation that always gives them the feeling that they are unfairly dealt with. This alone shows us that societies are not proceeding correctly, that they do not now what exactly is going on, where they are, what they are doing, what they should do and, most importantly, where they are heading.

The so-called ‘specialists’ should first of all research man’s biological position, the bio-synthesis of his organic mechanism, and comprehend what it consists of. They should comprehend in essence the miscellaneous multifarious apportionment of nature, comprising and summarizing the techno-biosynthesis man-organism-function, so as to be able to apply a function of evolution of mechanistic efficiency. They have not however reached such essential perceptions. They have not even entered into the essence and meaning of the thesis and antithesis within nature.

In some such way they therefore seek ways of being transferred to other planets, which they in fact think are uninhabited. As they cannot see anything there they think it is a fact that there is nothing there. For, you see, they do not know the levels of predominance within the system of biological synthesis of each nature…

One of the most important points is that they have not completely pinpointed those contradictory elements in the processing of the human organism that activate him to function as he functions. It thus happens that they come across a fundamental element such as a gene, which in essence has a negative function in the organo-system but which they call a positive element. And they define the positive as predominating function. But an organism cannot function with only predominant elements and with the positive. The negative must not fail to co-exist, for all together to be crafted into an operational practice forming life, impelling man’s organism to mobilization and to an organized course. If not, mankind would find itself in a state of inertia. The negative and positive, the the anti-lawful and the lawful element are activated on the basis of the techno-biological condition to form a mobile position of energy and for this to render the work of life.

As to the Soul, that is a special dematerialised energy which constitutes the supplier of the mechanical-functional synthesis of the positive and the negative in a person.

Those therefore who bear the title of expert could prudently research and find the causal functions that lead to equilibrium. Only then could they give mankind an education of essence, helping him to comprehend in what atmospheric climate he finds himself and why. A person could in this way also learn what his course is here and how he can be effective, to be able to rise to the restoration and improvement of his spiritual naming, which is always coded in the infinite universe…

On the Speeds of the Illusions

On Dissociation
Scroll to top